With her double-barrelled first name, it was only natural Emily-Jo would have a dual role as our Studio Manager and Web Designer.

Describing herself as a ‘bit arty-farty’, Emily-Jo combined her love of art with a passion for IT at college and University and now blends both disciplines for work.

Before joining the Red-Fern team, Emily-Jo enjoyed working in fast-paced retail, which is why the constantly moving Marketing sector appeals to her. But every yin needs a yang and the relaxed Red-Fern atmosphere means Emily-Jo can’t wait to get to the office. She’s usually first in, so, if you call before nine, it’s her you’ll speak to.

When she has time to look up from Filezilla, Photoshop and SublimeText, Emily-Jo keeps a sharp eye out for industry changes. She thinks all websites will be mobile friendly within the next twelve months.

As well as partaking in a spot of burger-eating and MotoCross watching, she runs a successful kids’ clothing business which has been featured in Vogue and Glamour Magazine.

Factoid alert: Emily-Jo loves TV series ‘Power’ which is quite fitting because it’s all about a man leading duplicate lives. Talk about art mimicking life.

As a man with phenomenal powers of focus, Austin loves nothing better than getting his head down to fix website issues and work on coding.

When he does tear his eyes away from the screen, he’s not averse to having a laugh with the rest of the Red-Fern team; something he’s been doing for the last five years.

With a background as a camera-operator, Austin combines his visual capabilities with his technical skills to create standout websites. In fact, he’s such a pro, he once won an award for developing the excellent BBC iPlayer.

Austin’s more reticent than the rest of the team about his predictions for the industry (perhaps he’s got a bet on?). What he does love is how the internet has evolved to become part of every-day life. But, in terms of aiding mass communication, he feels it’s video and film that have the edge. You can take the boy out of the studio…

Factoid alert: As a film admirer, you’d expect Austin to watch loads of films and TV series. But he’s not really a fan - he’d rather watch the football instead. 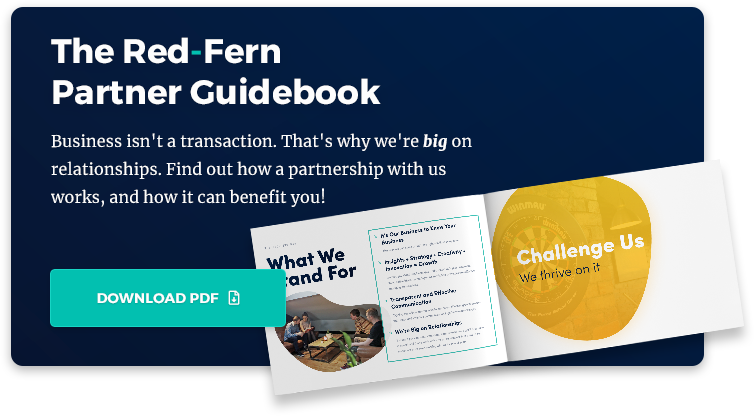 We typically help businesses, that are starting new projects, re-designing and developing their existing websites or they're frustrated by the amount of time and resources they've put into online marketing, but not seeing any increase in leads or business growth.