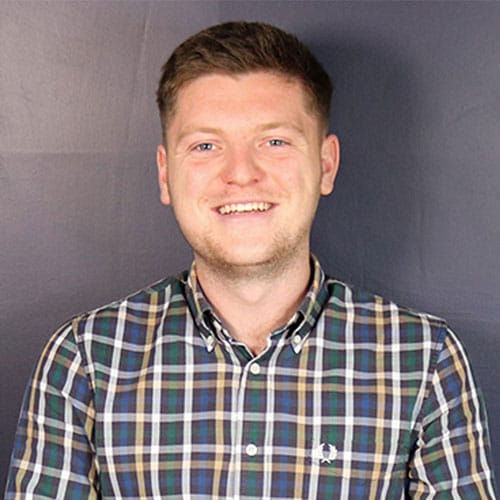 Social media is everywhere, isn’t it? And not only is it a place to catch up with friends and check out what your favourite celebrities are up to, but it’s also become an incredibly powerful tool for businesses. From advertising their products to interacting with their customer base, there are various ways that brands have been using their social media channels over the last decade.

This post will outline our favourite social media campaigns from the last decade and will also highlight what we’ve learnt from them. There have been so many good ones, it’s been a tough list to put together. However, here it is.

In 2017, to celebrate the 30th anniversary of their famous “Just Do It” slogan, Nike controversially featured Colin Kaepernick along with the slogan “Believe in something. Even if it means sacrificing everything. Just do it.”

The former NFL quarterback started to kneel during the national anthem before games as part of a protest against police brutality and racial injustice in the US. This caused a stir and effectively ended his NFL career when he left the San Francisco 49ers in 2017. 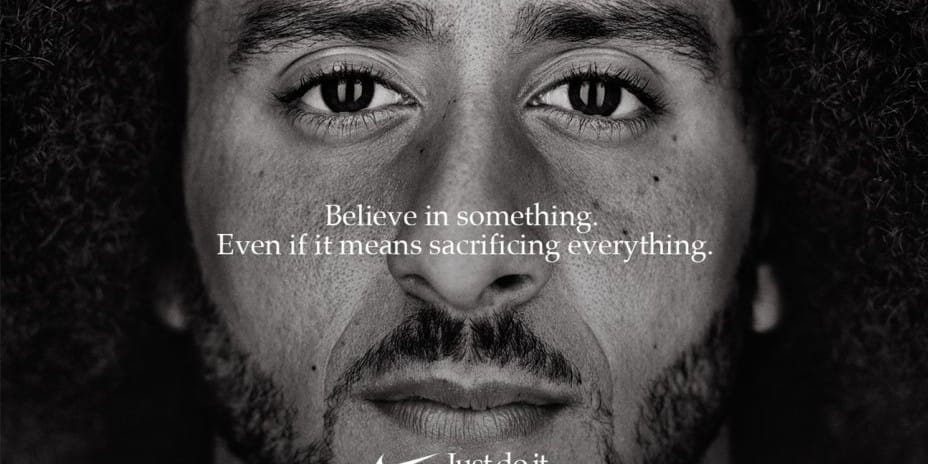 Social media went crazy over the inclusion of Kaepernick. Some users taking to the platforms to showcase videos of them burning their Nike products. Even Donald Trump had his say on the campaign, saying “It’s a terrible message and a message that shouldn’t be sent. There’s no reason for it.”

However, the campaign was deemed a success as Nike’s worldwide stocks rose by five percent on the back of this advert. The advert also featured Serena Williams and LeBron James too.

We loved this campaign because of the sheer impact that it had. Not only that, but the message of togetherness and inclusivity behind the campaign was admirable. The message shines a positive ethical light on the global brand. An effective and classy campaign from Nike.

Spotify wrapped has been a popular feature of the music streaming app for the last few years. And the success of the campaigns aren’t showing signs of slowing down. The feature of the app is to show listeners their musical habits for the past year, including their most-streamed artists, songs and how long they’ve listened for. 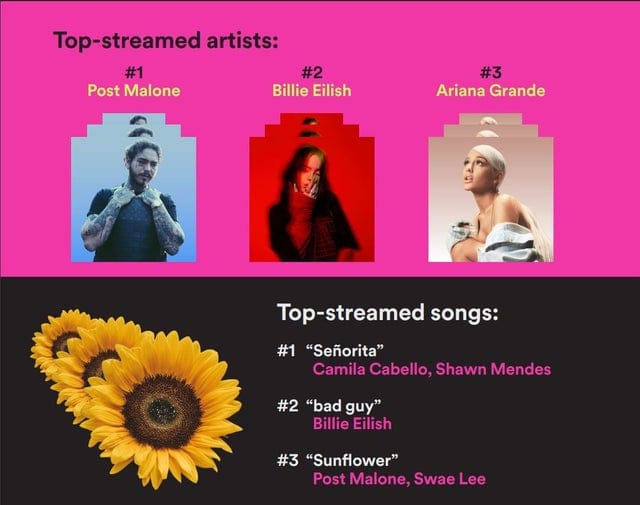 While the feature isn’t exactly a social campaign, it encourages user-generated content by getting people to share their results on Twitter and Instagram with the #spotifywrapped. Hashtags are a great way of sparking up audience conversation amongst themselves and with Spotify too.

People love seeing stats about themselves and showing off their music taste is a popular way of expressing themselves across their platforms. This social campaign by Spotify is a clever way of getting users and their audience actively involved and creating content, without having to put much effort in at all either - winner!

On the back of Greggs releasing their vegan sausage roll, shares in the company hit an all-time high. And a lot of that is largely down to the brand being harnessed on their various social media channels. This was, in fact, a master class on how to execute a social media marketing campaign.

The campaign was launched with a great sense of humour behind it and had no intentions of preaching any pro-vegan messages. Which is why it did so well, in our opinion. It appealed to the mass market, despite it being a product developed for a specific plant-based diet. Journalists were sent the product in iPhone packaging and stores sold Christmas jumpers and sausage roll phone cases too. 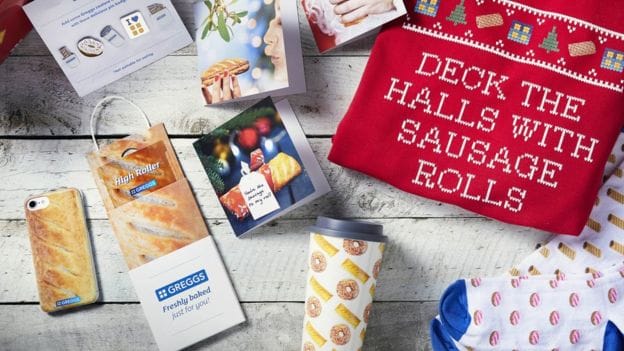 Even Piers Morgan got involved on social media - which was like rocket fuel to the campaign and ensured that a wide range of people saw the campaign. It’s a great example of implementing humour within your social media messaging without going too far and over the top.

Whilst we didn’t like the lack of fried chicken, the resulting social media campaign was brilliant work from the fast-food chain. The chicken shortage kicked off in February 2018 when KFC changed its supplier, leaving fried chicken lovers short of their fix due to the closure of most of the UK restaurants.

KFC needed to publish a public apology - and did so with their brilliant campaign using a combination of honesty and humour. The witty and upfront approach won over a lot of people and lightened the mood of the situation.

During the crisis, KFC released their campaign with an empty bucket with FCK written on the side. They also released an apology statement with the advert too. The humour behind the campaign got a lot of interest across social media channels, which meant that their brand was posted everywhere - increasing their brand outreach (as if they needed it.) 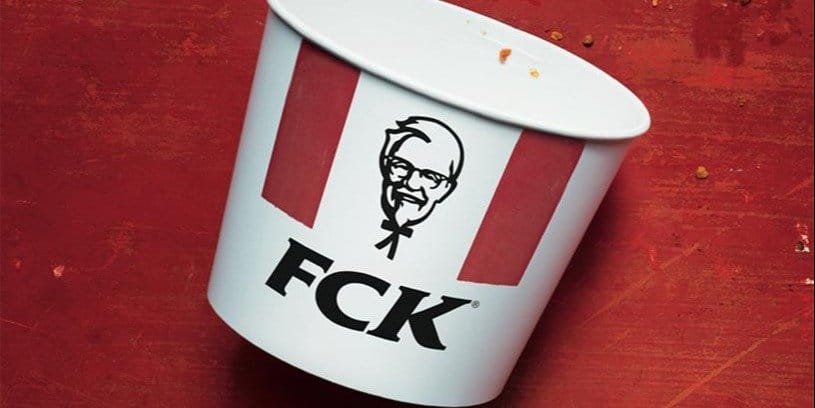 Now, we wouldn’t usually advise brands to get all political with their campaigns, as you could be closing off a large chunk of your audience. However, in 2019, Brewdog released their #VotePunk campaign and it ran alongside the UK general election.

The Scottish brand offered a free pint for anybody who turned out to vote, in an attempt to raise turn out figures - there’s not a lot of things that us Brits won’t do for a free pint, is there? All you had to do was take a selfie at the polling station and you could kick back and relax with a pint of their famous craft beer at your leisure. 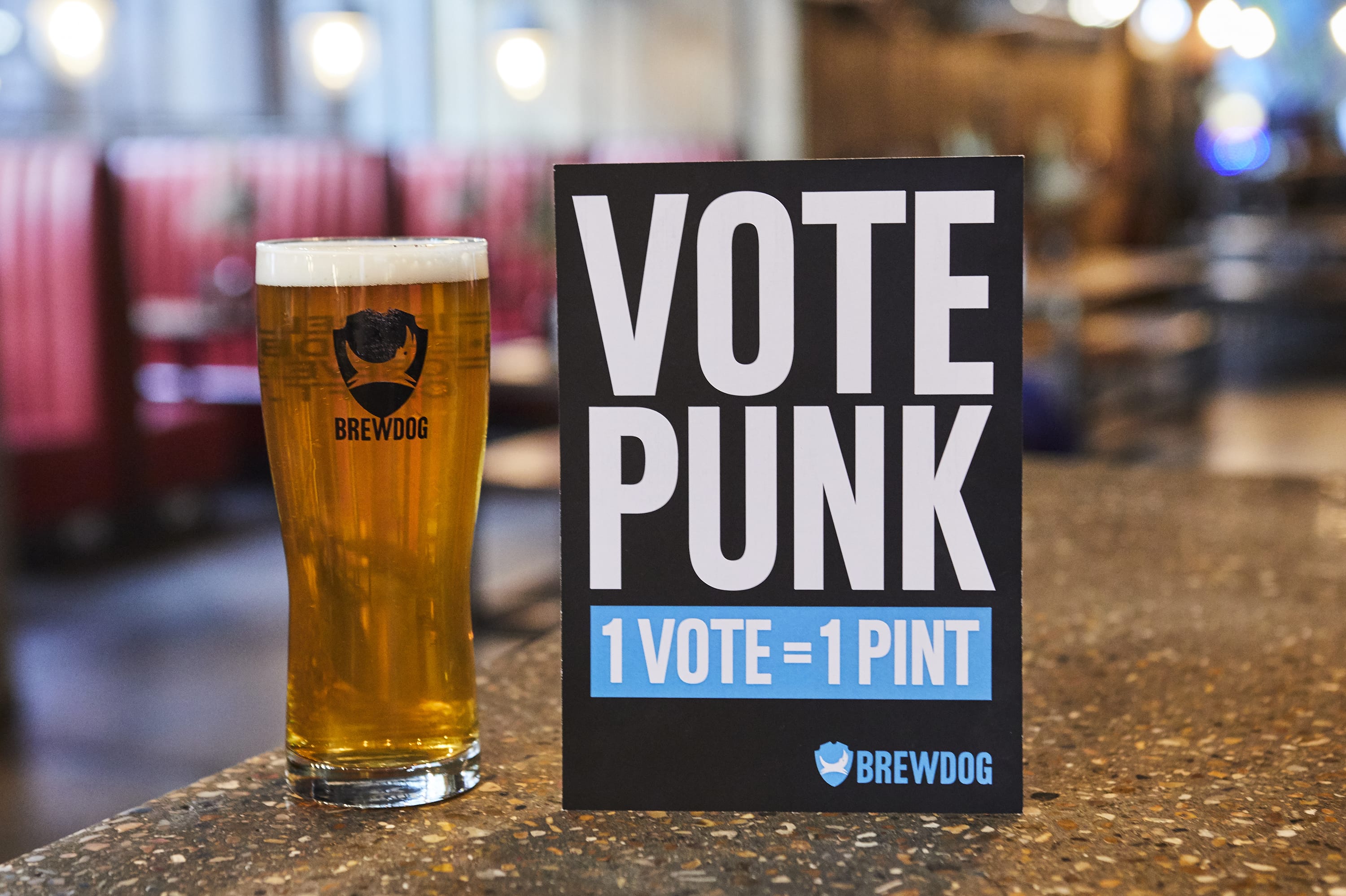 Obviously, the brand was impartial and neutral in the general election. However, there was one major thing they did support at this time - free beer! It was an excellent tactic that helped generate a lot of younger people voting and promote their brand whilst doing so too. People were sharing their free pints all over social media, furthering Brewdog’s reach to a wider audience.

Social media is an important aspect of digital marketing

As you can see, brands can use social media in different ways to promote their brand, products and service. And the best bit is, you can do too! Social media is a necessary tool in modern digital marketing. Think about it, with more people using smartphones than ever, you could be missing out on a huge opportunity if you don’t take advantage of the different platforms.

Luckily for you, at Red-Fern, we’re digital marketing experts and know how to drive your online presence and brand forwards. Don’t miss out on putting your content in front of a new audience and contact us today to see how we can help. One of our expert team will be on hand to help and answer your questions.